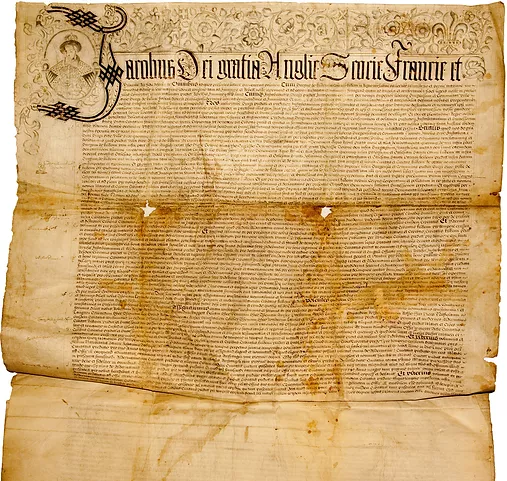 What Made Kilkenny a City?

The city charter in 1609 on 11th April is written on animal skin. The power of symbolism reflects in the image of the lion of England, the unicorn of Scotland and the fleur de lys of France. Not in colour as the 1608 charter with its brilliantly decorative illumination, but yet poignant in written script.

The charter is an updated version of the first charter which concentrates on power, law and the council members. The ecclesiastical centres are mentioned and a description of Kilkenny and it’s wishes of it to be a ‘city of peace to the terror and fear of the wicked’. The charter gives power and rights to the people of Kilkenny and makes for a development of early city organization of its areas. The merchant class were now on the up.